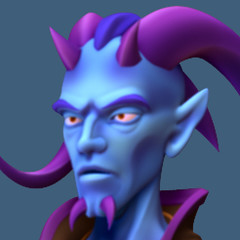 Originally a Vector Artist and Flash Animator for titles such as TY Girlz, BUFU, and Creature Park; I decided to convert over to 3D when the job market shifted. While my past experience is mostly Vector-Based games & Television, my attempt now is to pursue the same within the 3D realm.